It was cold, the roads were full of snow and the people looked as one as the other. Everything was very quiet and peaceful.  Such were my first impressions, when I landed early morning on a November day, 52 years back, in Zurich. I grew up in a rural and plain area of Northern Uttar Pradesh and arrived in a country with high mountains. And so I felt home sick but I was full of enthusiasm and optimism about the place.

I was going to study at the same Swiss Institute of Technology, where the famous scientist Albert Einstein once studied. But my obvious problem was the German language, as all the lectures were only in German, and I knew nothing about it. It was difficult, but with hard work and discipline I finished my studies successfully at this world famous Institute. Afterwards, to my surprise, I was appointed as a lecture. Before this assignment, I was already teaching Hindi at the Travelling University in Zurich.

I discovered that not only the Students but also the common Swiss was keen to know more about India from a true Indian person. In the followings years, I wrote articles in student Newspapers and delivered many lectures about India, like Hinduism, Mahatma Gandhi, freedom movement etc. More than anything, I enjoyed my lecture in the historical hall of Zürich University, where British Prime Minister Winston Churchill made his famous speech about the unification of Europe after the Second World War.

But I was not aspiring to an academic career; I joined the largest retail company and largest employer in Switzerland, called Migros. All these years, I found out that the Swiss were not well informed about life, politics and economy of India. Never had I encountered what is called racisms.  I was made feeling welcome, wherever I went. To fill this information gap, I turned from Manager of Migros to Journalist.  I began to report also about new developments in India as well as background stories in the German speaking countries Switzerland, Germany and Austria. Because of my journalistic activities, I got to know many interesting and important people from India, some of whom even became part of Indian history. For instance I met the Indian freedom fighter and patriot, Mr. A.C.N.Nambiar. He was the one, who introduced me into the political history of India. We often discussed the role of personalities like Netaji Subash Chandra Bose, Jawaharlal Nehru and others, as he was very close to these figures. He was the driving force in Europe for India’s independence. After independence, Mr. Nambiar was Indian ambassador in several countries.  Also I got first-hand information about Indian independence from a German aristocrat Johannes von Thurn und Taxis, who was a relative to Lord Mountbatten and who had stayed with Viceroy, when he visited India.

As a journalist and editor in Switzerland, I was able to interview several Prime Ministers, in particular Ms. Indira Gandhi, but also other Prime Ministers like Mr. Moraraji Desai, Mr. Atal Bihari Vajpayee and Mr. Rajiv Gandhi.  Also the meetings with the Dalai Lama and India’s related personalities like President A.P.J. Abdul Kalam and the socialist leader, late Mr. Jayaprakash Narayan, are unforgettable to me. 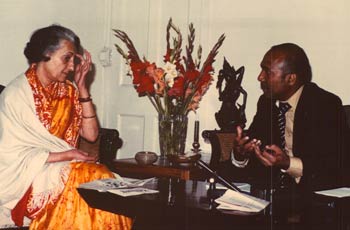 I was reporting not only for Swiss media but also for Indian and English Newspapers. For many years, I was a correspondent of the Press Trust of India (PTI) in Switzerland. I wrote about the Indian community in Switzerland in the “India Weekly” published from London and was chief editor of World Farmer Times. My journalistic activities took me also to various historic places, such as Mohenjo-daro, Taxila, Kyber Pass in Pakistan, Great Wall of China, Machu Picchu in Peru, Ayer Rock in Australia, Acropolis of Athens and Capitol Hill in USA. I have dreamt of seeing them since my childhood. 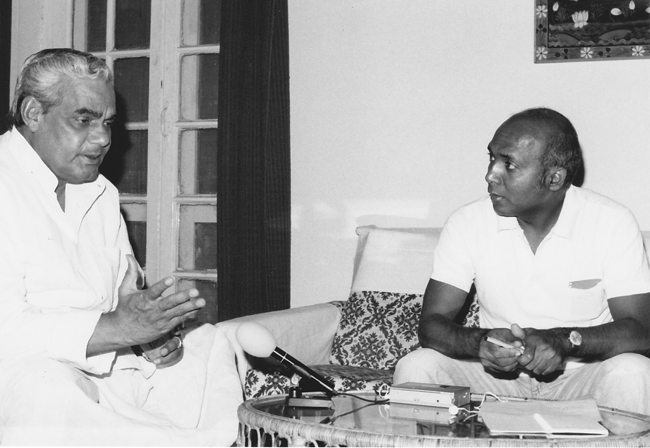 Living in Switzerland I was often consulted by Swiss politicians and industrial leaders about political and economic matters. Many of these Swiss personalities like Kaspar Villiger, ex Federal Finance Minister; Sepp Blatter, President of  International Football Association (FIFA); Markus Kaegi,  Minister of Construction and Energy of Canton Zurich; Klaus Schwab , founder and executive chairman of the World Economic Forum (WEF); Painter Hans Erni; I knew most of them from my study time at the Swiss Institute of Technology and the University of Zurich. I was deeply engaged with several student organisations. Also I had been President of the Swiss–Indo Society and Indian Students Association in Zurich. Up to now I am a member of the Foreign- and Economic Policy Planning Committee of the liberal Democratic Party, which is strongly represented in the Government.

As a naturalised Swiss, I accompanied various Swiss Ministers on their visits to India, but one visit sticks out: the state visit of the Swiss President Pascal Couchepin. This visit gave me a more complex picture of India. I was impressed how the Indian administration was able to keep the protocol minute by minute and organised meetings with various political, economic, cultural and touristic personalities in different parts of the country. 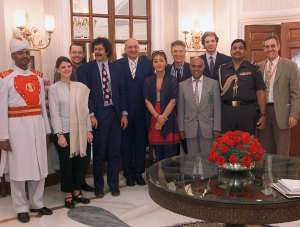 “Once a journalist, always a journalist”, this is valid for me also after the retirement.  I am still writing for various institutions, but only on very specific subjects. Besides this, I am involved in a Swiss travel agency for India called Indira Reisen GmbH in Zurich and translating from German to Hindi and vice versa. Recently I started teaching Laughter Yoga, which is becoming very popular in Europe.

As an NRI, I always try to bring India and Switzerland closer together. I have learnt that the common Swiss is much interested in Indian culture, customs, languages, religions, tourism etc. While I speak the Swiss-German language fluently, I became an important Bridge Builder. That, I must say, gives me lot of satisfaction and happiness. 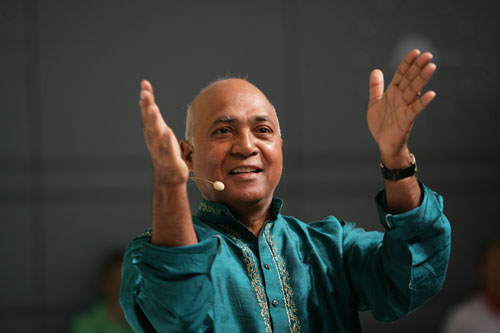